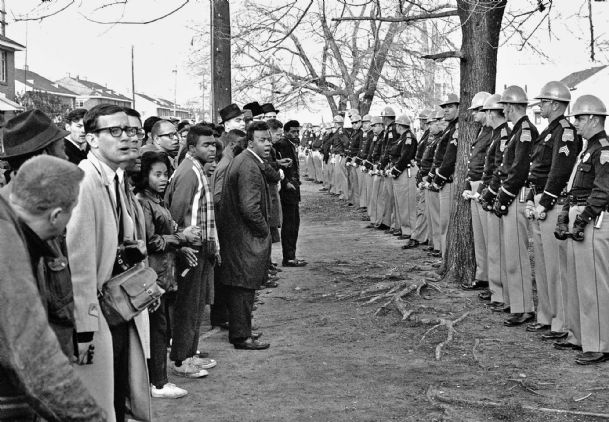 Turning 15 on the Road to Freedom: My Story on the 1965 Selma Voting Rights March
Written by Lynda Blackmon Lowery, Illustrated by PJ Loughran

Summary:
Lynda Blackmon Lowery recounts her experiences as the youngest marcher on the 1965 voting rights march from Selma to Montgomery, Alabama.

Primary Source Pairing:
The primary sources for this title are abundant. The image above shows the strength in numbers the people marching from Selma to Montgomery had. The photo caption reads: “In this 1965 file photo, a line of police officers hold back demonstrators who attempted to march to the courthouse in Selma, Ala. Police kept the demonstrators hemmed up in a square block area where they attempted several times to break through.” Source

Credits:
Book Cover and Summary: Follett
Image of the March: The Dispatch

For additional information on the march, view the Selma March Map: BSU Maps