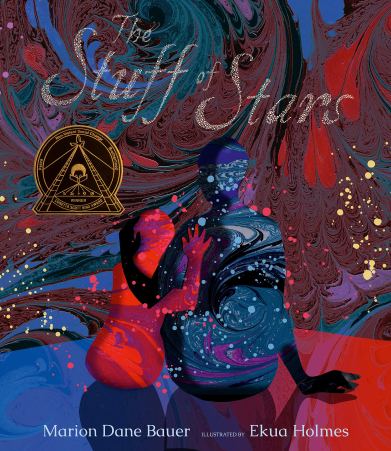 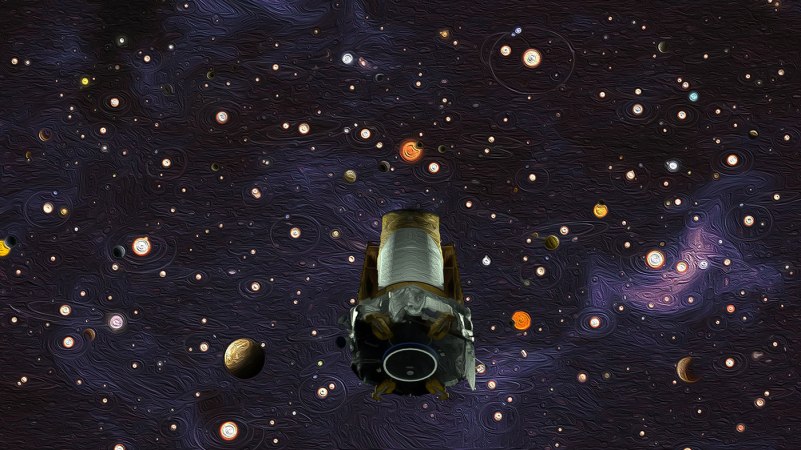 The Stuff of Stars
Illustrated by Ekua Holmes, Written by Marion Dane Bauer

Publisher’s Summary:
Before the universe was formed, before time and space existed, there was . . . nothing. But then . . . BANG! Stars caught fire and burned so long that they exploded, flinging stardust everywhere. And the ash of those stars turned into planets. Into our Earth. And into us.

Primary Source Pairing:
The universe is still being explored and scientists continue to make new discoveries. In the book The Stuff of Stars, we learn of the beginning of the universe and now from organizations like NASA we are learning of the universe’s expanse. For this primary source pairing, invite students to learn more about the Kepler Space Telescope that discovered 2,600 planets on its planet-hunting space mission. Use an artist’s rendition of the telescope as the primary source. Learn more in the NASA article: “NASA Retires Kepler Space Telescope” available here: https://www.jpl.nasa.gov/news/news.php?feature=7272

“Not only did it [Kepler Space Telescope] show us how many planets could be out there, it sparked an entirely new and robust field of research that has taken the science community by storm. Its discoveries have shed a new light on our place in the universe, and illuminated the tantalizing mysteries and possibilities among the stars,” said Thomas Zurbuchen, associate administrator of NASA’s Science Mission Directorate in Washington at NASA.gov.