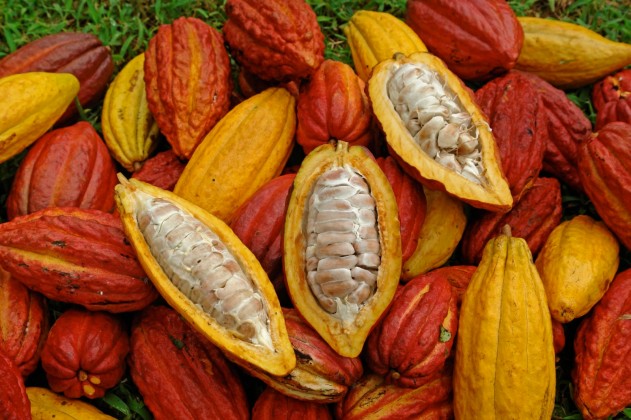 The Bitter Side of Sweet
Written by Tara Sullivan

Publisher’s Summary:
Fifteen-year-old Amadou counts the things that matter. For two years what has mattered are the number of cacao pods he and his younger brother, Seydou, can chop down in a day. This number is very important. The higher the number the safer they are because the bosses won’t beat them. The higher the number the closer they are to paying off their debt and returning home to Moke and Auntie. Maybe. The problem is Amadou doesn’t know how much he and Seydou owe, and the bosses won’t tell him. The boys only wanted to make some money during the dry season to help their impoverished family. Instead, they were tricked into forced labor on a plantation in the Ivory Coast; they spend day after day living on little food and harvesting beans in the hot sun – dangerous, backbreaking work. With no hope of escape, all they can do is try their best to stay alive – until Khadija comes into their lives.

She’s the first girl who’s ever come to camp, and she’s a wild thing. She fights bravely every day, attempting escape again and again, reminding Amadou what it means to be free. But finally, the bosses break her, and what happens next to the brother he has always tried to protect almost breaks Amadou. The old impulse to run is suddenly awakened. The three band together as family and try just once more to escape.

Primary Source Pairing:
This thought-provoking book reminds us to consider where our food comes from and who is on the other side of the supply chain picking it for us. Encourage all readers to read author Tara Sullivan’s Author’s Note to further understand the toll the chocolate industry takes on children and farmers who pick the cacao pods. Additionally, use the maps at the beginning of the book to geographically place the Ivory Coast and Mali in Africa. For this primary source pairing, invite students to take a look at an image of a farmer, also named Ahmadou, and his son who work on a sustainable farm near Hana River in southwest Côte d’Ivoire (Ivory Coast). Also included is an image of cacao pods.

Photo caption:
Farmer Ahmadou Ouattara with his son: 21 pods are clearly visible on this cocoa tree, which has benefitted from good agricultural practices promoted by the BMZ-funded project – Innovations for sustainable cocoa production and biodiversity conservation in the Hana River region in Côte d’Ivoire. About half of cocoa farmers earn less than the international poverty line of $1.25/pp/day.